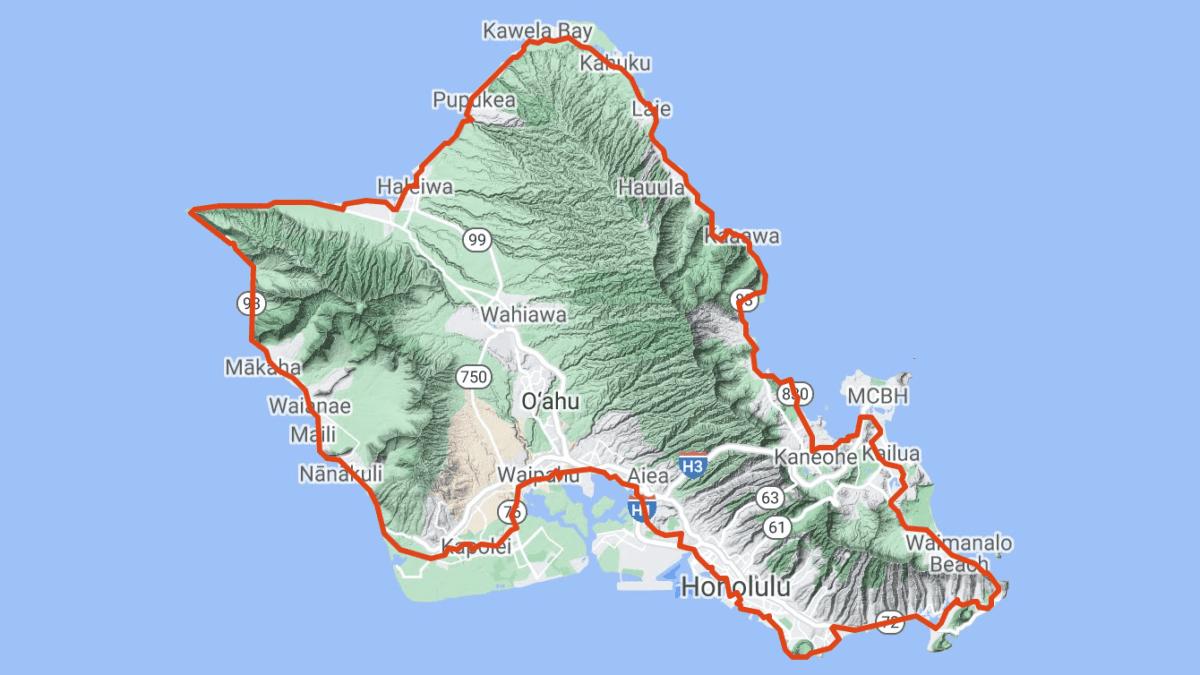 To wrap up the month of February, two Hawaiian ultrarunners decided to run around the entire island of Oahu, tackling the nearly 220K route for more than a full day of action. Sergio Florian beat the men’s fastest known time (FKT), completing the Oahu Circumnavigation (the route’s official title) in 27 hours, 15 minutes, and Anna Albrecht broke the women’s route record, finishing in 31 hours, nine minutes. The pair (who didn’t run or even start together, as it was purely coincidental they chose to run on the same night) both took significant time off the previous route FKTs. 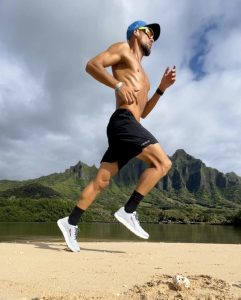 The record on the Oahu Circumnavigation is Florian’s first official FKT. Going into his run, the time to beat was 32 hours, 55 minutes — a record set by fellow Hawaii resident Jeremy Killeen in November 2020. The FKT was far from easy to beat, but Florian lowered the record considerably, shaving a little under six hours off Killeen’s time.

As he wrote in his post-run report on fastestknowntime.com, Florian started his run at 8 a.m. The first 100 miles (160K), he said, were uneventful, and he maintained his goal pace up until that point. It was around this time that he wrote that the cold started to get to him (on Strava, Florian noted that he battled wind and rain through much of the run, and he even worried about hypothermia at one point). Fortunately, with the help of his crew, he “was able to tough out the finish” and stop the clock after a little over a day of running.

Florian works as a physiotherapist, and he wrote that he chose to run the Oahu Circumnavigation as a celebration of movement. “Movements is life and it’s also a privilege,” he wrote. “My specialty is helping those who suffer from paralysis and movement disorders regain movement and normalcy in life. This run inspired people to move more. We did what we set out to do. Movement is life.”

Albrecht’s 31-hour run around Oahu also beat Killeen’s men’s FKT, and she now sits behind Florian in second overall in the circumnavigationstandings. Albrecht beat Killeen’s record pretty handily, bettering his result by close to two hours, but she demolished the women’s FKT, which previously stood at more than 47 hours.

The route record didn’t come easily for Albrecht, though, and as she noted in her post-run writeup, this was her third attempt on the Oahu Circumnavigation. “I have a lot of respect for anyone who gets this done because wow, that was hard,” she wrote. Albrecht started her run at 4:30 p.m., when Florian had been on the route for hours already, and she began on the other side of the island.

As Albrecht told khon2, a local news station, it was a coincidence that she and Florian ran on the same day, and she chose it to take advantage of the full moon. “I asked Sergio before I went to make sure that he was cool with me doing it on the same weekend, [and] he was,” she said.

While Florian struggled with difficult conditions, Albrecht, running in the same locations but at different points in the day, wrote that “the weather was amazing for the most part,” although she did note that she hit “a few places with really intense wind and a little bit of sideways rain.”

Like Florian, Albrecht struggled in the final stages of the attempt, and she said the last 30K or so were “probably the hardest miles” she has ever run. Also like Florian, she managed to push through the pain, fatigue and discomfort and power through to the finish in record-setting fashion to set the first FKT of her career.